Leverage experience of our developers and experience highly intelligent websites that work better than humans.

We apply Artificial Intelligence to web programming and let it solve complex issues like adding database records, identifying the snippets, and much more.

Transform the codes from scratch to fully functional codes without any manual interference.

Pace your SEO tasks and get accurate data on your keywords ranking. No need to hire an SEO team.

Make voice assistants speak with accuracy and drive value to your business.

Looking at a Wider Spectrum 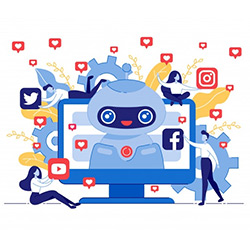 Let users of your website solve their problems by communicating with a chatbot. Take the advantage of this repository and come up with newer versions. 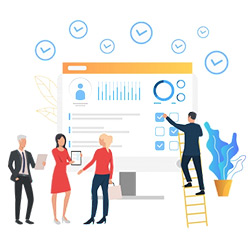 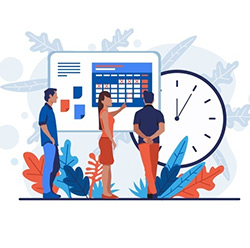 AI-Powered website is fact-based. The whole structure is manageable due to the real-time information it uses. 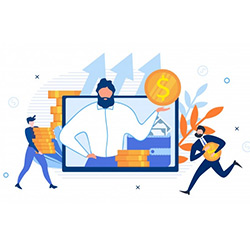 Serving as a magic wand, it not only solves tech-problems but keeps you away from redundant cost occurrence. 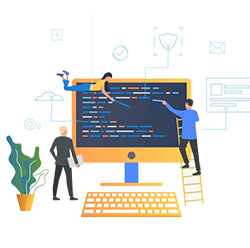 Using this edition, you are allowed to make websites as per your preference. 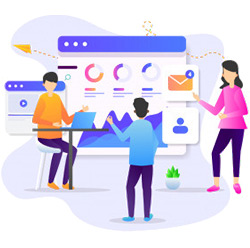 We use latest technologies to create your projects

Best delivery on time becomes our intrinsic trait that frees you from the load.

Our Domain Expertise proves as an asset not only for us but also for your business.

Its databases handle information and keep them updated.

Quite useful in replacing humans required in tedious tasks.

With more then 40% of market share in Web Development industry, no doubt PHP is an all time favorite server side scripting language of the developers. With frameworks like Laravel, CodeIgnitor, Cake PHP etc, this general purpose programming language has emerged as one of the most powerful web-development language.

Owned by Oracle, Java is a popular programming language used for developing everything from Web application to desktop applications. One of the main advantage of Java is that it works over both the major operating systems Windows and Mac. Also, when talk comes around developing Android Apps, Java is a preferred choice of most of the developers.

R can be defined as a programming language or environment which is extensively used in Data Science i.e. statistical computing. R can be the backbone of various new day applications as it follows a particular sequence/workflow to analyze data i.e. programming, transforming, discovering, modeling and communicate the results. It is an power full platform for applied machine learning.

Lisp is the family of computer programming languages and it is the second oldest high level programming language which is in use today as well after Fortran. The greater extent of interchangeability of codes & data provides an instant recognizable syntax to LISP. This language is the major role player in the field of Artificial Intelligence from long ago and its going strong till now.

It is a server side programming language and its object oriented & general programming approach makes it useful for programmers to write logical code for small as well as big projects. Python is dynamically typed and garbage-collected language. It also made software development easy for world.

Detailed Insight on the technologies via blog posts.

Want To Start A Project

We use latest technologies to create your projects

or mail us on info@mrmmbsvision.com